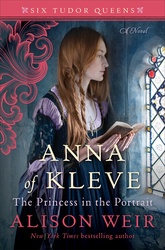 Newly widowed and the father of an infant son, Henry VIII realizes he must marry again to ensure the royal succession. Forty-six, overweight, and suffering from gout, Henry is soundly rejected by some of Europe's most eligible princesses. Anna of Kleve, from a small German duchy, is 24, and has a secret she is desperate to keep hidden. Henry commissions her portrait from his court painter, who depicts her from the most flattering perspective. Entranced by the lovely image, Henry is bitterly surprised when Anna arrives in England and he sees her in the flesh. Some think her attractive, but Henry knows he can never love her. What follows is the fascinating story of an awkward royal union that somehow had to be terminated.